Imagine sitting with an esteemed writer on his or her front porch somewhere in the world and swapping life stories. Dr. Wayne Flynt got the opportunity to do just this with Nelle Harper Lee. In a friendship that blossomed over a dozen years starting when Lee relocated back to Alabama after having had a stroke, Flynt and his wife Dartie became regular visitors at the assisted living facility that was Lee's new home. And there the conversation began. It began where it always begins with Southern storytellers, with an invitation to 'Come in, sit down, and stay a while.'

The stories exchanged ranged widely over the topics of Alabama history, Alabama folklore, family genealogy, and American literature, of course. On the way from beginning to end there were many detours: talks about Huntingdon College; The University of Alabama; New York City; the United Kingdom; Garden City, Kansas; and Mobile, Alabama, to name just a few. Wayne and his wife were often joined by Alice Lee, the oldest Lee sister, a living encyclopedia on the subject of family genealogy, and middle sister Louise Lee Conner.

The hours spent visiting, in intimate closeness, are still cherished by Wayne Flynt. They yielded revelations large and small, which have been shaped into "Afternoons with Harper Lee". Part memoir, part biography, this book offers a unique window into the life and mind and preoccupations of one of America's best-loved writers. Flynt and Harper Lee and her sisters learned a great deal from each other, and though this is not a history book, their shared interest in Alabama and its history made this extraordinary work possible.

Wayne Flynt is a Southern historian and educator who retired after teaching for decades at Auburn University, where he directed more than sixty graduate programs. He has lectured at Sichuan University in China, at Queen's University, Belfast, Northern Ireland, at the universities of Newcastle, Oxford, Cambridge, and Sussex in Great Britain, at the Franklin Roosevelt Center in The Netherlands, and at the University of Vienna. He is the author of fourteen books dealing with Southern politics, history, white poverty, and culture (religion, art, music, literature). His numerous awards include the Rembert Patrick Award for Florida History, the Lillian Smith Prize for Nonfiction from the Southern Regional Council, the Alabama Library Association Award for nonfiction (three times), the C. Vann Woodward/John Hope Franklin Prize by the Fellowship of Southern Writers, the F. Scott and Zelda Fitzgerald Museum Award for Excellence in Writing, a nomination for the Pulitzer Prize (1989), and the Alabama Governor's Award for the Arts. 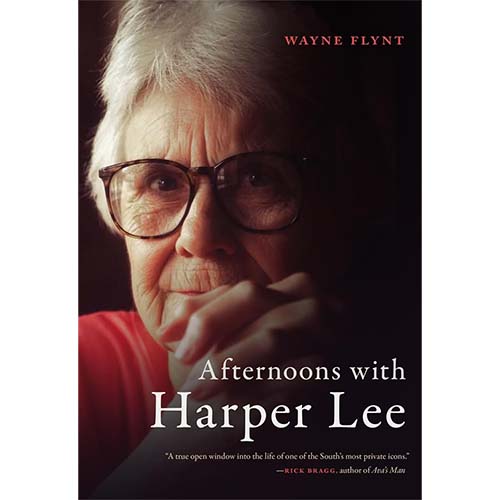