FADE UP FROM BLACK

The last thing Harry James Denton needs on one of the hardest days of his life is a stranger walking into his office and imploring him to investigate a murder. Especially a murder that hasn't even happened yet!

But that's exactly what Leo Walsh--a once-wealthy, famous writer who's fallen on hard times--wants Harry to do. When Leo explains that he's the intended victim, Harry blows him off. He doesn't have time for this craziness.

After all, he's just learned that the terminally ill mother of his teenaged daughter has passed away. Now he has to fly to Reno, Nevada for the funeral and to arrange for his daughter, Alexis, to return with him to Nashville.

He also has to get his head around the fact that he's becoming a single father in his late-fifties to a daughter he barely knows.

But Harry's already messy, complicated life is complicated even further when Leo Walsh's prediction turns out to be true. Overwhelmed by guilt that he didn't believe Walsh's outlandish story, Harry starts digging into a brutal murder.

Steven Womack is the author of the Edgar and Shamus award-winning Harry Denton mystery series. Womack lives in Nashville,, where for twenty-five years he anchored the screenwriting program at the Watkins Film School of Watkins College of Art. He also served five years as Chair of The Film School. When the college closed in May, 2020, he was the longest serving faculty member at the college. 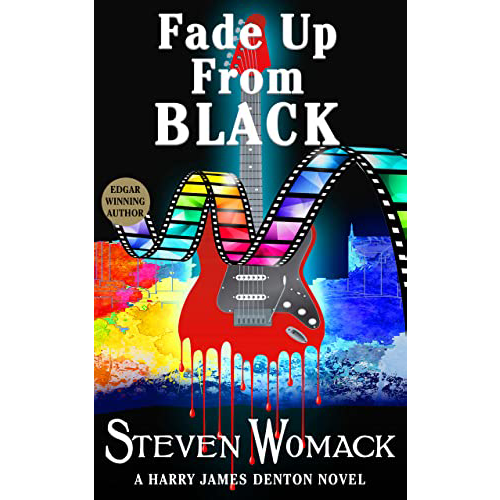