SHADOWS HOLD THEIR BREATH: A NOVEL

Shadows Hold Their Breath takes place with the backdrop of the 1970s feminist movement and in the final years of the Vietnam War. It tells the story of Kat Hunter, a woman who decides that the only way she can understand her unresolved grief and discover who she is meant to be is to do the unthinkable-the unforgivable. In October 1979, six years after suffering the loss of Beth, her dear friend and sister-in-law, to enemy mortar fire near the village of Quang Ngai, Vietnam, Kat begins to question everything about her traditional life. In the middle of the night, she slips away from her home in Lexington, Kentucky, her husband, and her three young daughters and boards a bus with no specific destination in mind. On the bus, she meets Molly, a young woman who reminds her of Beth. With nowhere else to go, Kat follows Molly and Molly's boyfriend, Jake, to Gatlinburg, Tennessee. Once there, Kat joins the artists community and guards the secret that she is married and has abandoned her children to the care of her husband.

Kat's journey of self-discovery ultimately leads her down an unexpected path-but what is she willing to sacrifice for that journey?

Sherry Robinson is the author of two previous novels, Blessed and My Secrets Cry Aloud (soon to be reissued under the new title Echo Her Lovely Bones). She holds a PhD in English from the University of Kentucky and an MA and MFA from Eastern Kentucky University. Robinson is a native of Lexington, Kentucky. Robinson spent two summers at the Hindman Settlement School's Appalachian Writers Workshop under the mentorship of Silas House. She recently retired as vice provost and professor of English at Eastern Kentucky University, where she spent thirteen years specializing in American literature before moving into administrative positions. 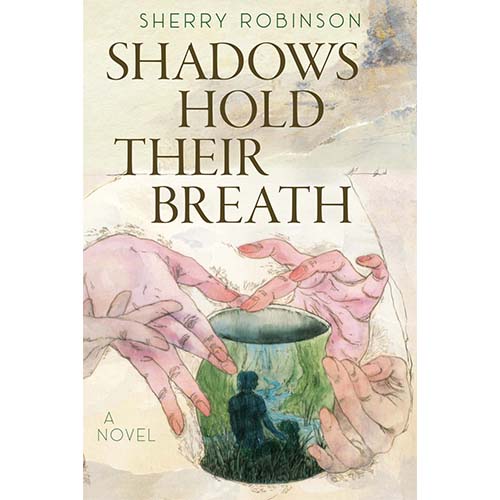