ONCE UPON A WARDROBE

"Where did Narnia come from?"

The answer will change everything.

Megs Devonshire is brilliant with numbers and equations, on a scholarship at Oxford, and dreams of solving the greatest mysteries of physics.

She prefers the dependability of facts--except for one: the younger brother she loves with all her heart doesn't have long to live. When George becomes captivated by a brand-new book called The Lion, the Witch and the Wardrobe and begs her to find out where Narnia came from, there's no way she can refuse.

Despite her timidity about approaching the famous author, Megs soon finds herself taking tea with the Oxford don and his own brother, imploring them for answers. What she receives instead are more stories . . . stories of Jack Lewis's life, which she takes home to George.

Why won't Mr. Lewis just tell her plainly what George wants to know? The answer will reveal to Meg many truths that science and math cannot, and the gift she thought she was giving to her brother--the story behind Narnia--turns out to be his gift to her, instead: hope.

Patti Callahan is the New York Times, USA TODAY, and Globe and Mail bestselling novelist of fifteen novels, including Becoming Mrs. Lewis and Surviving Savannah, out now, and Once Upon a Wardrobe, out October 19, 2021. A recipient of the Harper Lee Distinguished Writer of the Year, the Christy Book of the Year, and the Alabama Library Association Book of the Year, Patti is the cofounder and cohost of the popular web series and podcast Friends & Fiction. 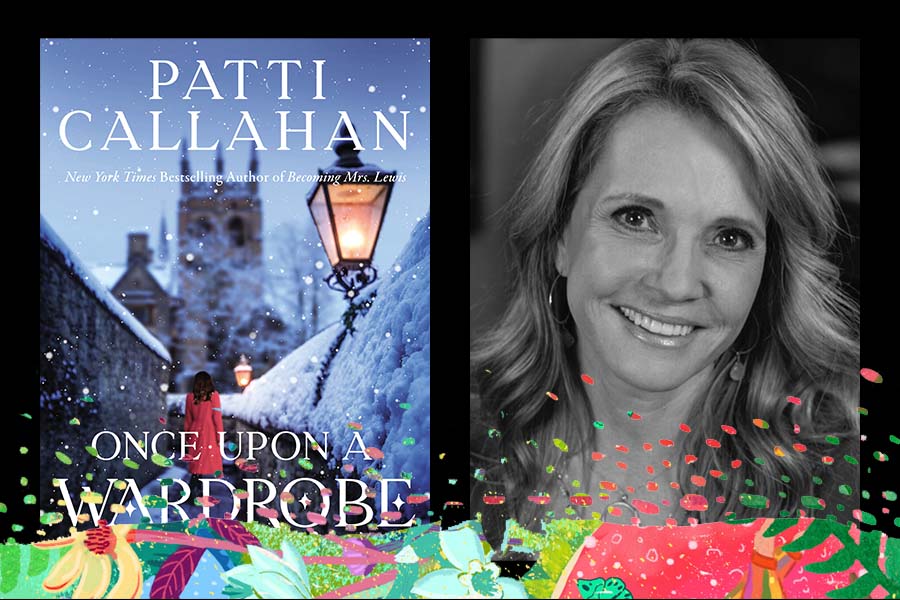