THE WOMEN COULD FLY: A NOVEL

Megan Giddings, 'a young writer to watch' (Kirkus Reviews), made a sensational debut with the genre-bending novel "Lakewood". The NPR Book of the Year garnered comparisons to such disparate writers as Margaret Atwood, Kazuo Ishiguro, Ira Levin, and Toni Morrison, and "Essence" pegged it as 'reminiscent of Jordan Peele's
terrifying film Get Out.' Giddings's much-anticipated second novel, "The Women Could Fly", takes readers into a dystopian society that is not so far removed from our own contemporary world, a place where witches are real and the power of women is
kept in check through legislative repression and control. When a woman dares to defy conventions, the consequences can be dire.

Josephine Thomas is 28 years old, which means she is just two years away from the mandatory marriage age. Jo is an outlier in many ways: bi-racial and bi-sexual, she also bears the stigma of her mother's mysterious disappearance fourteen years ago. A Black woman with a mind of her own, Jo's mother vanished one day, leaving unanswered questions about whether she was kidnapped, murdered, or ran away by her own volition. At Jo's request, her father has finally had his wife declared legally dead, a procedure that triggers the terms of her will and changes the trajectory of her daughter's life.

Jo has lived in an emotional netherworld, not only because of her mother's absence, but because of her complex identity. ?She's in an 'it's complicated' situation with Preston, who is alluring but might not be the right choice for her. Her true love is her lifelong friend Angie, but same-sex relationships do not conform to the stringent law of the land. The State mandates that all women marry by the age of 30 or enroll in a registry that allows them to be monitored, effectively forfeiting their independence. Either choice-marriage or monitoring-could derail Jo's hard- won search for autonomy.

Her mother's last will and testament, though, could change all that. It dictates that Jo travel north to a remote island in Lake Superior. There, she will encounter the unexpected and learn things she never knew about her mother-or even about herself. The source of her power, she will discover, lives in her transgressive nature, and her willingness to defy the rules could prove her salvation.

'Giddings writes with eloquence,' (Booklist) and 'with a vivid imagination and a fresh eye both of the body and of society' (Publishers Weekly). "The Women Could Fly" confirms the promise of this exciting new literary voice.

Megan Giddings is an assistant professor at the University of Minnesota. Her first novel, "Lakewood", was one of New York Magazine's top ten books of 2020, an NPR Best Book of 2020, a Michigan Notable book for 2021, a finalist for two NAACP Image Awards, and was a finalist for an L.A.Times Book Prize in the Ray Bradbury Science Fiction, Fantasy, and Speculative category. Megan's writing has received funding and support from the Barbara Deming Foundation and Hedgebrook. She lives in the Midwest. 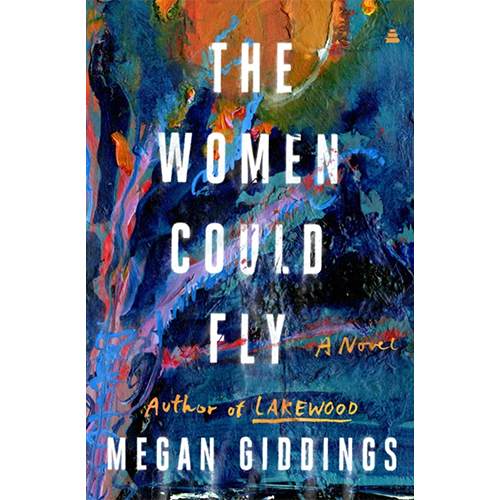