In this exuberant, prize-winning collection, queer, trans, and gender-nonconforming characters seek love and connection in hilarious and heartrending stories that reflect the complexity of our current moment.

A nonbinary writer on the eve of top surgery enters into a risky affair during the height of COVID. A lesbian couple enlists a close friend as a sperm donor, plying him with a potent rainbow-colored cocktail. A lonely office worker struggling with their gender identity chaperones their nephew to a trans YouTube convention. And in the depths of a Midwestern winter, a sex-addicted librarian relies on her pet ferrets to help resist a relapse at a wild college fair.

Capturing both the dark and lovable sides of the human experience, Rainbow Rainbow establishes debut author Lydia Conklin as a fearless new voice for their generation.

Lydia Conklin has received a Stegner Fellowship, a Rona Jaffe Foundation Writer's Award, three Pushcart Prizes, a Creative Writing Fulbright in Poland, a grant from the Elizabeth George Foundation, scholarships from Bread Loaf, and fellowships from Emory, MacDowell, Yaddo, Hedgebrook, Djerassi, and elsewhere. Their fiction has appeared in Tin House, American Short Fiction, and The Paris Review. They've drawn comics for The New Yorker, The Believer, Lenny Letter, and elsewhere. They are currently the Zell Visiting Professor of Fiction at the University of Michigan. 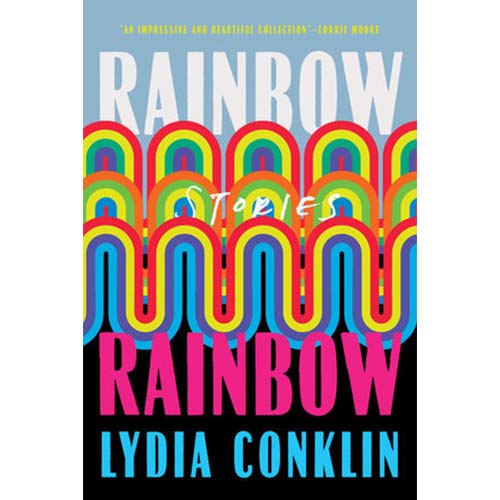