A BEND OF LIGHT: A NOVEL

Five years after the war, Amie Stilwell, a photo interpreter for an Allied unit in England, returns to her hometown in Maine. Jobless and discouraged but stubbornly resourceful, she's starting over in the same coastal village where her life once went so wrong. Waiting for her is Shibby Travis, the surrogate mother with whom Amie never lost touch. But the unexpected also awaits...

A silent, abandoned boy is found with a note from a stranger pleading that he be watched over. Amie and Shibby take him in, but the mysteries multiply when a Boston socialite is found dead in a nearby barn and an old friend, believed to be a casualty of war, suddenly reappears.

Trained to see what others cannot, to scan for clues, and to expose enemies, Amie uses her skills to protect a child, solve a crime, and find the motive behind a veteran's masquerade. But through the hazy filter of a town's secrets, Amie must also confront her own painful past.

Joy Jordan-Lake is the #1 Amazon bestselling author of nine books, including Under A Gilded Moon; A Tangled Mercy, an Editors' Choice recipient from the Historical Novel Society; Blue Hole Back Home, winner of the Christy Award for Best First Novel; and two children's books. Raised in the foothills of the southern Appalachians, she lived nearly a decade of her young adult years in New England, which she still misses-and jumps at every chance to visit. She holds two master's degrees and a PhD in English and has taught literature and writing at several universities. Now living outside Nashville, she and her husband are startled to find the kids in college and launching careers, with only the ferocious ten-pound rescue pup still living at home full-time. Joy loves to connect with readers. You can visit her at www.joyjordanlake.com. 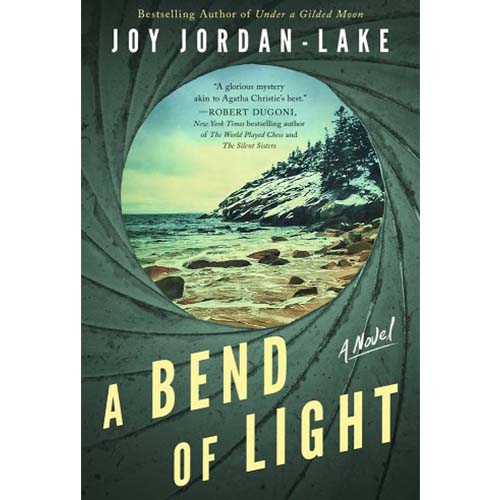