John Shelton Reed is one of today's most knowledgeable authors on the subject of barbecue. Holy Smoke: The Big Book of North Carolina Barbecue, written with his wife, Dale Volberg Reed, won the National Barbecue Association Award of Excellence in 2017 and was a finalist for the 2009 International Associate of Culinary Professionals Cookbook Award. In this collection, On Barbecue, Reed compiles reviews, essays, magazine articles, op-eds, and book extracts from his many-year obsession with the history and culture of barbecue. Brought together, these pieces constitute a broad look at the cultural, culinary, historical, and social aspects of this American institution.

Reed's original and provocative voice carries through this collection, which spans more than twenty years of barbecue lore. A lover of tradition whose study of regional distinctions has made him prize and defend them, Reed writes with conviction on what "real" barbecue looks, smells, and tastes like. He delves into the history of barbecue and even the origins of the word barbecue itself. Other topics include present-day barbecue, Carolina 'cue and other regional varieties, and even the role of "barbeculture" in the 2016 U.S. presidential elections.

Anyone with an interest in this signature American food will find themselves immersed in this book's accessible, conversational, and frequently tart pages. From one of the wittiest and most knowledgeable authors writing on the subject, On Barbecue is essential reading.

John Shelton Reed is a writer and lecturer who lives in Chatham county, North Carolina. He has written or edited some twenty books, and served recently as Chancellor of the Fellowship of Southern Writers. He taught for some years in the Department of Sociology at the University of North Carolina, Chapel Hill, retiring as William Rand Kenan Jr. Professor. At UNC he helped to found the Center for the Study of the American South and the quarterly Southern Cultures. He is an Honorary Fellow of St. Catharine's College, Cambridge University, and ?minence Grease of the Campaign for Real Barbecue (TrueCue.org). 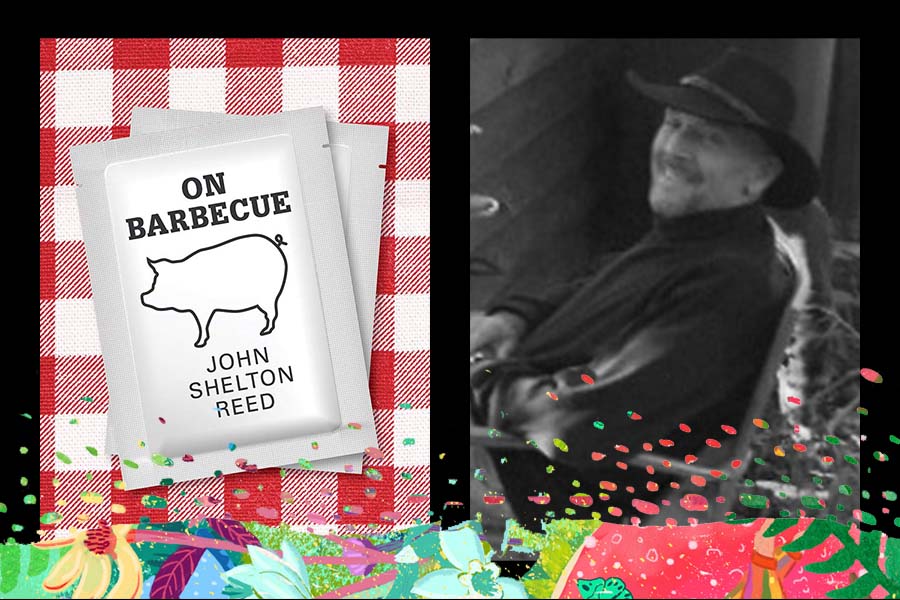