TWO WHEELS GOOD: THE HISTORY AND MYSTERY OF THE BICYCLE

The bicycle is a vestige of the Victorian era, seemingly at odds with our age of smartphones and ride-sharing apps and driverless cars. Yet we live on a bicycle planet. Across the world, more people travel by bicycle than any other form of transportation. Almost anyone can learn to ride a bike--and nearly everyone does.

In Two Wheels Good, journalist and critic Jody Rosen reshapes our understanding of this ubiquitous machine, an ever-present force in humanity's life and dream life--and a flash point in culture wars--for more than two hundred years. Combining history, reportage, travelogue, and memoir, Rosen's book sweeps across centuries and around the globe, unfolding the bicycle's saga from its invention in 1817 to its present-day renaissance as a "green machine," an emblem of sustainability in a world afflicted by pandemic and climate change. Readers meet unforgettable characters: feminist rebels who steered bikes to the barricades in the 1890s, a prospector who pedaled across the frozen Yukon to join the Klondike gold rush, a Bhutanese king who races mountain bikes in the Himalayas, a cycle-rickshaw driver who navigates the seething streets of the world's fastest-growing megacity, astronauts who ride a floating bicycle in zero gravity aboard the International Space Station.

Two Wheels Good examines the bicycle's past and peers into its future, challenging myths and clich?s while uncovering cycling's connection to colonial conquest and the gentrification of cities. But the book is also a love letter: a reflection on the sensual and spiritual pleasures of bike riding and an ode to an engineering marvel--a wondrous vehicle whose passenger is also its engine.

Jody Rosen is a contributing writer for "The New York Times Magazine". His work has appeared in "Slate", "New York", "The New Yorker", and many other publications. He lives in Brooklyn with his family. 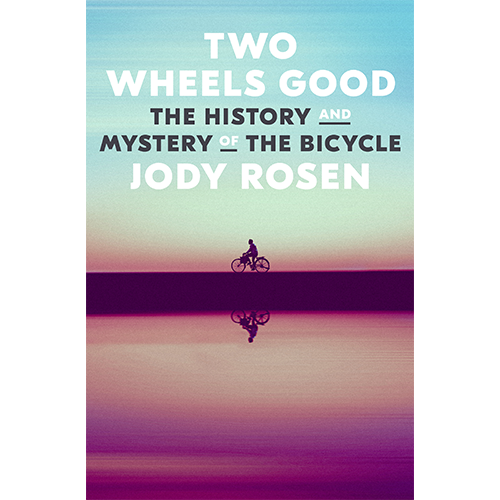