A NAME FROM THE SKY

Growing up in Germany, like so many children around the world, Diane Kruger felt like she stood out from the other kids. There was the pet bunny she talked to like a friend, her love of books, and even her name, which was unusual for her country. But then Diane's mother tells her the origin of her name, and everything changes! Inspired by Diana, goddess of the hunt and magical protector of animals, Diane learns that she, too, will find her own special powers someday. On a trip to England, Diane and her mother visit the theater, and she is spellbound, realizing she's meant to be an actress. This warm and relatable autobiographical story comes full circle when Diane explains how she chose her own daughter's name, and invites readers to learn the meaning behind their own name and discover their own special powers. Illustrated in a classic storybook style by fine artist Christa Unzner, this book is sure to instill wonder as it inspires children to follow their dreams and passions.

Diane Kruger is an internationally renowned actor who grew up in Germany and has lived in London, Paris, and New York, where she currently resides with her partner, Norman Reedus, and their daughter. Before becoming an actress she studied ballet with the Royal Ballet in London. This is her first book. 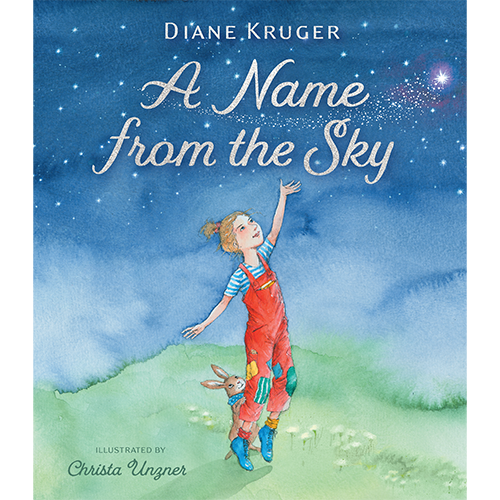