FENCING WITH THE KING: A NOVEL

A mesmerizing breakthrough novel of family myths and inheritances by the award-winning author of "Crescent".

The King of Jordan is turning 60! How better to celebrate the occasion than with his favorite pastime, fencing, and with his favorite sparring partner, Gabriel Hamdan, who must be enticed back from America, where he lives with his wife and his daughter, Amani.

Amani, a divorced poet, jumps at the chance to accompany her father to his homeland for the King's birthday. Her father's past is a mystery to her-even more so since she found a poem on blue airmail paper slipped into one of his old Arabic books, written by his mother, a Palestinian refugee who arrived in Jordan during World War I. Her words hint at a long-kept family secret, carefully guarded by Uncle Hafez, an advisor to the King, who has quite personal reasons for inviting his brother to the birthday party. In a sibling rivalry that carries ancient echoes, the Hamdan brothers must face a reckoning, with themselves and with each other-one that almost costs Amani her life.

With sharp insight into modern politics and family dynamics, taboos around mental illness, and our inescapable relationship to the past, "Fencing with the King" asks how we contend with inheritance: familial and cultural, hidden and openly contested. Shot through with warmth and vitality, intelligence and spirit, it is absorbing and satisfying on every level, a wise and rare literary treat.

Diana Abu-Jaber is the award-winning author of seven books of fiction and nonfiction, including "Crescent" and "The Language of Baklava" . She lives in Fort Lauderdale, Florida. 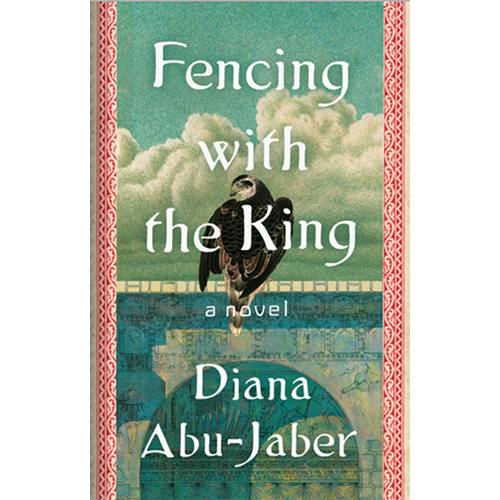