FOUR CUTS TOO MANY (A SARAH BLAIR MYSTERY)

Between working as a law firm receptionist, reluctantly pitching in as co-owner of her twin sister's restaurant, and caretaking for her regal Siamese RahRah and rescue dog Fluffy, Sarah has no time to enjoy life's finer things. Divorced and sort-of dating, she's considering going back to school. But as a somewhat competent sleuth, Sarah's more suited for criminal justice than learning how many ways she can burn a meal.

Although she wouldn't mind learning some knife skills from her sous chef, Grace Winston. An adjunct instructor who teaches cutlery expertise in cooking college, Grace is considering accepting an executive chef's position offered by Jane Clark, Sarah's business rival--and her late ex-husband's lover. But Grace's future lands in hot water when the school's director is found dead with one of her knives in his back. To clear her friend's name, Sarah must sharpen her own skills at uncovering an elusive killer...

Debra H. Goldstein is the author of the Sarah Blair Mysteries, as well as Should Have Played Poker and IPPY Award-winning Maze in Blue. Her short stories, including Anthony and Agatha-nominated The Night They Burned Ms. Dixie's Place, have appeared in numerous periodicals and anthologies. An active Birmingham, Alabama civic volunteer, Debra also serves on the national boards of Sisters in Crime and Mystery Writers of America and is president of SEMWA and past president of SinC's Guppy Chapter. 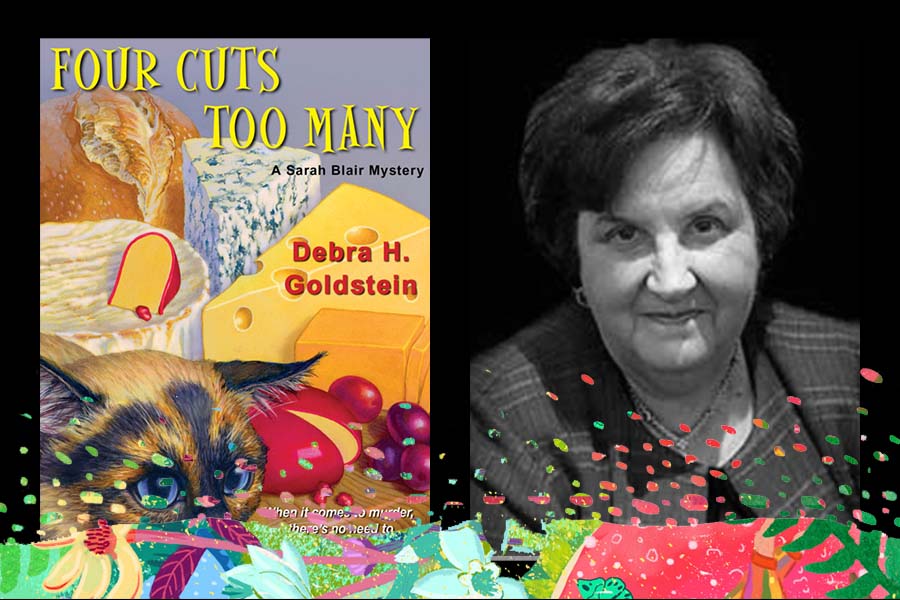