Acclaimed novelist and memoirist David Armand's first full-length collection of poetry, "The Evangelist", contains poems that are at once deceptively simple, clear, and colloquial, yet dense with meaning and universal significance. Drawing upon everyday incidents, Armand fashions poems of great lyrical beauty and potent symbolism that remind his readers of the importance of memory and of a shared language. But these poems are also a series of emotional meditations on fatherhood, growing up poor, and the legacies we leave behind for our families. Deftly using his own experiences, then casting them out into the world so that they become a part of the universal exploration of life and all its intricacies, Armand paints an honest and devastating portrait of what it means to be a father, a husband, and a son. The collection concludes with a series of poetic responses to some of the folk art and traditions of his native South, where he reimagines the remarkable photography of Birney Imes, as well as providing lamentations on the humble beginnings and tragic life of Elvis Presley, a poet and an evangelist in his own right.

David Armand was born and raised in Louisiana. From 2017-2019, he served as writer-in-residence at Southeastern Louisiana University, where he is currently assistant professor of Creative Writing. Armand has published four novels, two collections of poetry, a memoir, and a collection of essays. 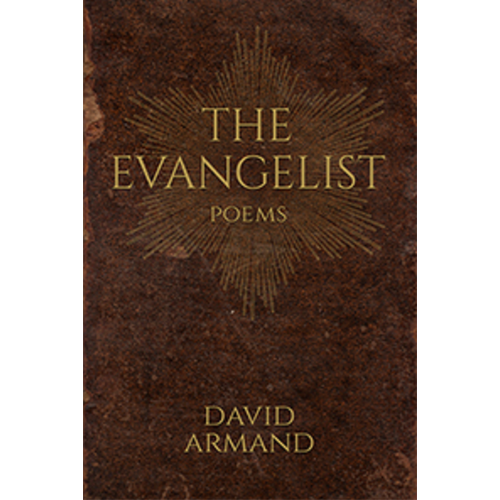