DIARY OF A MISFIT: A MEMOIR AND A MYSTERY

When Casey Parks came out as a lesbian in college back in 2002, she assumed her life in the South was over. Her mother shunned her, and her pastor asked God to kill her. But then Parks's grandmother, a stern conservative who grew up picking cotton, pulled her aside and revealed a startling secret. "I grew up across the street from a woman who lived as a man," and then implored Casey to find out what happened to him. "Diary of a Misfit" is the story of Parks's life-changing journey to unravel the mystery of Roy Hudgins, the small-town country singer from grandmother's youth, all the while confronting ghosts of her own.

Casey Parks is a reporter for "The Washington Post" who covers gender and family issues. She was previously a staff reporter at the "Jackson (Miss.) Free Press" and spent a decade at "The Oregonian" , where she wrote about race and LGBTQ+ issues and was a finalist for the Livingston Award. Her articles have appeared in "The New York Times Magazine", "The New Yorker", "The Oxford American", "ESPN", "USA Today", and "The Nation" . A former Spencer Fellow at Columbia University, Parks was most recently awarded the 2021 J. Anthony Lukas Work-in-Progress Award for her work on "Diary of a Misfit". Parks lives in Portland. 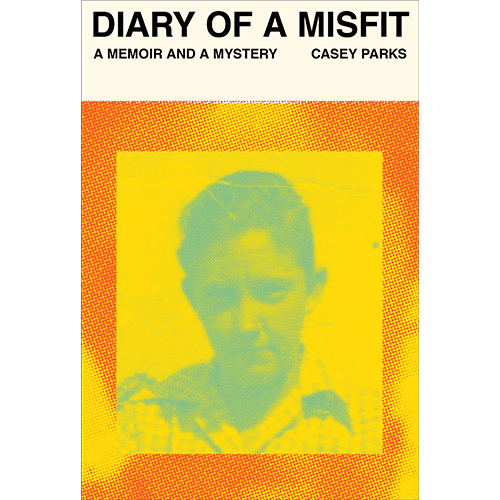