Essays about migration, displacement, and the hope for connection in a time of emotional and geopolitical disruption by a Soviet-born writer and former war correspondent.

Called a "chronicler of a world on the move" by The New York Review of Books, Anna Badkhen seeks what separates and binds us at a time when one in seven people has left their birthplace, while a pandemic dictates the direst season of rupture in humankind's remembering. Her new essay collection, Bright Unbearable Reality, comprises eleven essays set on four continents--roving everywhere from Oklahoma to Azerbaijan--and united by a common thread of communion and longing.

In these essays, Badkhen addresses the human condition in the era of such unprecedented dislocation, contemplates the roles of memory and wonder in how we relate to one another, and asks how we can soberly and responsibly counter despair and continue to develop--or at least imagine--an emotional vocabulary against depravity.

The subject throughout the collection is bright unbearable reality itself, a translation of Greek enargeia, which, says the poet Alice Oswald, is "when gods come to earth not in disguise but as themselves."

Anna Badkhen was born in the Soviet Union and is now an American citizen. She is the author of six previous books of nonfiction. She has received a Guggenheim Fellowship, a Barry Lopez Visiting Writer in Ethics and Community Fellowship, and a Joel R. Seldin Award from Psychologists for Social Responsibility for writing about civilians in war zones. 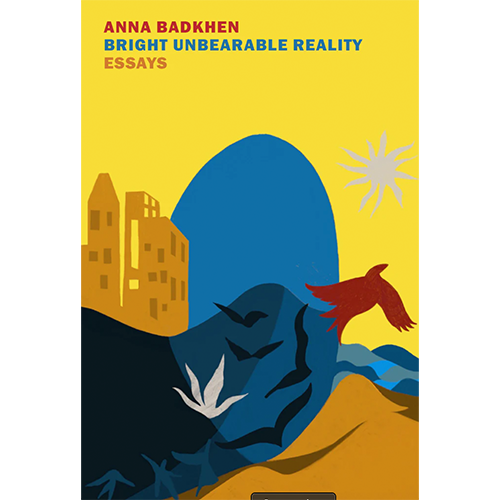