A move at age ten from a Detroit suburb to Chattanooga in 1984 thrusts Anjali Enjeti into what feels like a new world replete with Confederate flags, Bible verses, and whiteness. It is here that she learns how to get her bearings as a mixed-race brown girl in the Deep South and begins to understand how identity can inspire, inform, and shape a commitment to activism. Her own evolution is a bumpy one, and along the way Enjeti, racially targeted as a child, must wrestle with her own complicity in white supremacy and bigotry as an adult.

The twenty essays of her debut collection, Southbound, tackle white feminism at a national feminist organization, the early years of the AIDS epidemic in the South, voter suppression, gun violence and the gun sense movement, the whitewashing of southern literature, the 1982 racialized killing of Vincent Chin, social media's role in political accountability, evangelical Christianity's marriage to extremism, and the rise of nationalism worldwide.

In our current era of great political strife, this timely collection by Enjeti, a journalist and organizer, paves the way for a path forward, one where identity drives coalition-building and social change.

Anjali Enjeti is an award-winning essayist, journalist, and author of debut novel The Parted Earth. Her work has appeared in the Atlanta Journal-Constitution, Al Jazeera , Boston Globe, Washington Post, and other venues. She teaches creative writing in the MFA program at Reinhardt University and lives with her family near Atlanta. 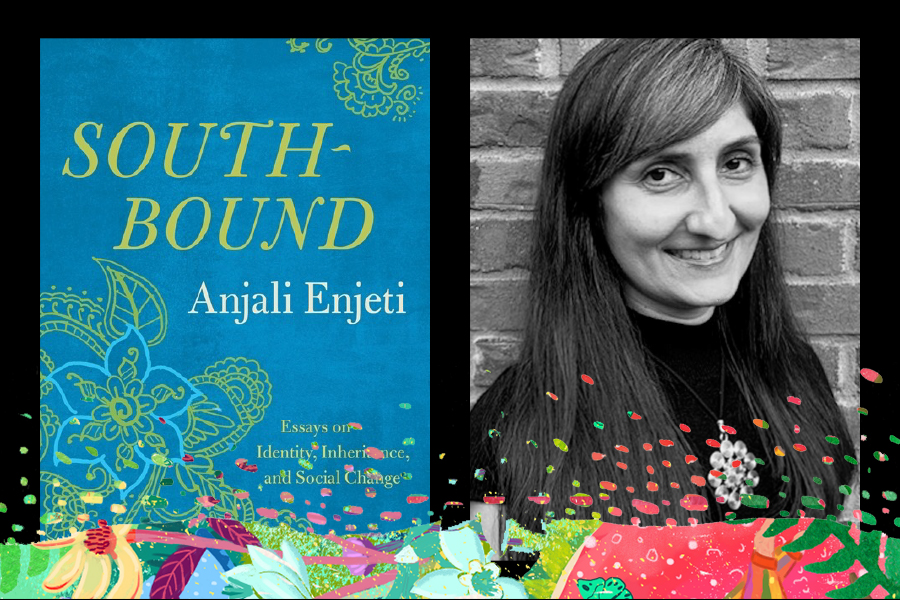